Lilli (リリィ, Ririi) is a fairy that travels alongside Spiritia Rosenberg in Rosenkreuzstilette. She hails from the Black Forest and is small enough that she is easily able to fit in the palm of any human's hand.

Lilli's only pieces of clothing are a green skirt and a green bra over a pink sleeveless turtleneck that shows her midriff, as well as brown shoes, green wristbands, and several pieces of green jewelry. She has long green hair, some of which being held by braids, and her wings as well as her eyes are green.

Lilli is curious and inquisitive, but also childish, as shown when she pouts when things don't go her way. She's also a bit of a prankster. Her race isn't very friendly with humans, so she has very few friends. However, she is quite attached to those she does open up to. Lilli can alert Spiritia to magic and other things that Tia may not notice herself. She can also talk to animals, including dragons such as Talos. She also has a habit of saying "Hunya!" a lot, as said word happens to be her verbal tic.

Lilli traveled along with Spiritia as they made their way to the Imperial Training Hall to meet with Iris. She did not like Iris because she claimed the Iris was trying to take Spiritia away from her. Spiritia did not want to see her hate someone because of such a trivial reason. Lilli understood what she was trying to say and apologized. When they finally met up with Iris, a dragon broke into the Imperial Training Hall and abducted her. Lilli tried to talk to it, but it did not listen to word she said. As soon as the dragon took off, Lilli tried to follow it. Lilli later met up with Spiritia when the forest was set ablaze by the RKS. Lilli was completely devastated to see that their home was burned down and Spiritia let her rest on her cross.

They traveled together as they battled against Spritia's friends in the RKS, and Lilli comments on several of Spiritia's friends, such as noting Grolla Seyfarth having a "killer instinct" and Schwer-Muta Casasola Merkle being in a weird outfit and even having a squid on her head. At one point during their travels, if Spritia happened to drop down at the "fork-in-the-road" at Trauare Wrede's stage, the Heiligtum des Wasserteufels, she would come across a hidden item. Lilli is happy to find this item, as it was actually the secret treasure of the forest. Lilli explains that her race has been watching it over for a long time. Spiritia wanted for them both to bring it back with them and Lilli agreed, knowing that they had to stop the RKS' rebellion from breaking out, especially for the ones waiting for them in the other forest. Lilli comments that she can now fight alongside Spiritia, as she is willing to borrow some power from the treasure and assured her that, with the situation they were in, their ancestors would forgive them. Spiritia thanked her for wanting to help out - she was glad they were both in it together.

After Spiritia battled against her friends in the RKS, Lilli journeyed alongside as they made their way into Count Zeppelin's castle. Along the way, the fought against Grolla's grandfather, Raimund Seyfarth, after being brought back from the dead by Count Zeppelin. When they finally confronted Zeppelin, he revealed that his daughter, Iris, is the reincarnation of Rosenkreuz as she inherited his powers and knowledge. His goals of protecting Iris from the Church and creating a new world for Magi were one in the same. After Spiritia defeated Zeppelin, he revealed that Kahl made an attempt on Iris' life. Lilli then put the pieces of the mystery together until she realized that something was amiss: that they met Iris at the Imperial Training Hall when it all started. Zeppelin assured them that Iris was with him the entire time to inform about Kahl. He was then killed by his own daughter when she released a Blitzstrahl from behind them. Lilli managed to warn Spiritia about the attack just in time to avoid it. Iris revealed that she was the one who was behind everything; her own abduction in the Imperial Training Hall, the RKS's rebellion, Kahl's imprisonment, everything was just a cause to satisfy her own personal amusement and become "god" of the new world. Freudia arrived to save Spiritia just in time and confirm her suspicions against Iris. Freudia then gave Spiritia a special Cross Tank she made to heal her injuries from Iris' attempts to kill her. Spiritia and Lilli then pursued Iris to her palace.

Just before they confronted Iris, they found the dragon that Iris used in her abduction chained and completely immobile. Spiritia wanted to help it, but Lilli was afraid that it will attack. Spiritia sensed that it was not a bad dragon at all and broke the red orb that was keeping it in its place. Lilli talked to the dragon and learned that his name is Talos, and that he wanted to thank them for setting him free. Talos repaid the favor by flying them to where Iris was hiding. When they finally found Iris, she realized that Spiritia gained the ability to use her friends powers and had inherited the "Blade of Rosenkreuz," the ability to tap into the power of others. Spiritia, finally realizing that she is Rosenkreuz's other incarnation, Lilli reminded her and Iris that she will always be Spiritia and supported her during her battle against Iris.

After Iris' defeat, Spiritia and Lilli flew with Talos after Iris attempted to kill her by self-destructing her palace. They happily reunited with everyone in the RKS on a floating island.

Lilli fought alongside Spiritia against Grolla in Rosenkreuzstilette ~Grollschwert~. Lilli told Grolla that she and Spiritia were only trying to stop the war against the Empire. When Grolla spoke of killing Iris, Spiritia tried to stop her believing that she is a kind, innocent girl. Grolla believed otherwise from personal experience. Spiritia and Grolla fought each other afterward. Just before Spiritia was almost defeated, Lilli gave her a Cross Tank to heal her, though it wasn't enough stop Grolla from exacting her revenge against Iris. After their defeat, Spiritia learned that Grolla was not lying about Iris and plans to see her for herself.

In the beginning of Rosenkreuzstilette ~Freudenstachel~, Lilli and Spiritia run into Schirach Fühler, who Spiritia recognizes as a former member of the RKS. Before she has time to react, Schirach captures Spiritia with a Crane and sends her someplace unknown while Lilli tries to catch up. She spends the rest of the story looking for her and is not seen again from that point until the end of the game where she finally reunites with Spiritia after Freudia has rescued her from Iris. After having a bit of awkwardness with Spiritia for a short time, Lilli meets and becomes friends with Strudel, who introduces herself as a Snow Fairy, after which the two fairies and their friends return home to happily reunite with their own friends and colleagues at the RKS. 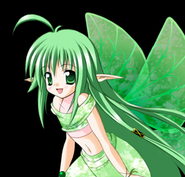 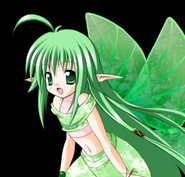 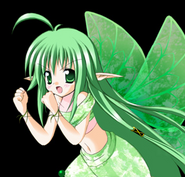 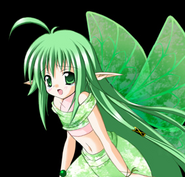 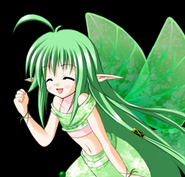 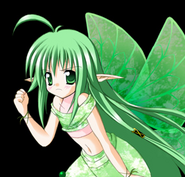 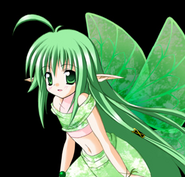 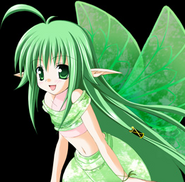 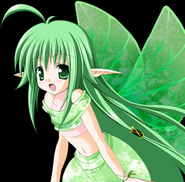 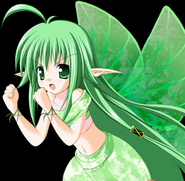 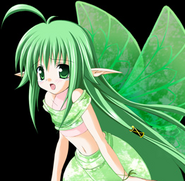 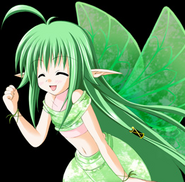 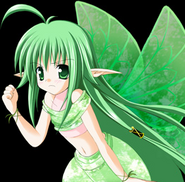 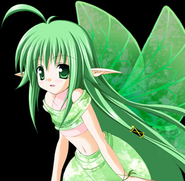 Add a photo to this gallery

Weapons and Abilities in the Rosenkreuzstilette series
Retrieved from "https://rks.fandom.com/wiki/Lilli?oldid=16858"
Community content is available under CC-BY-SA unless otherwise noted.