Schirach Fühler [SK003 Drei] (シェラハ・フューラー, Shieraha Fyuuraa, pronounced Shirock Fueller) is a Dark Magus and the third member of the Schwarzkreuz, debuting in Rosenkreuzstilette ~Freudenstachel~. She is a strange woman who adores fighting and was previously a member of the RKS, though she left and joined the Schwarzkreuz for reasons unknown.

Schirach wears a gothic style of clothing which consists of a dark red trench coat with purple linings over a black bodysuit with dark blue linings. She also wears tights and dark red leather boots. Like Sichte Meister, Schirach is a very well-endowed woman. She has light-brown hair, brown eyes, and is one of the few characters to wear glasses. She uses a massive, over-sized hammer known as the Lichtfaust as her weapon of choice.

A former member of the RKS, Schirach is a fairly mysterious woman with the personality of an annoying older sister. While she has dignified manners, her speech is crude and candid and forms a stark contrast with said manners. She loves battle to the point of obsession and is overjoyed to simply participate in a fight, regardless of whether she wins or not. She is willing to do whatever she considers necessary to get what she wants. She had been reported missing a few years ago, but suddenly reappears as a member of the Schwarzkreuz. She is also the one who created Doris Warmind's weapon, the Fesselspirale, and thus, is idolized by her.

Schirach wields the proclaimed miracle power of the "Light Fist" Lichtfaust. Using her power, she can swing her huge hammer around with great strength and speed. She possesses abilities beyond simple human limitations.

Schirach plays a role in the kidnapping of Spiritia Rosenberg (who recognizes her as a former member of RKS), who she captures with a floating Crane that drags her off to an unknown location. She then has a conversation with Eifer Skute afterwards.

She is later seen spying on Freudia Neuwahl through the viewing globe with the rest of the Schwarzkreuz, and they decide to attack her. Freudia encounters Schirach among the outskirts of the Battlefield and, like Spiritia, also recognizes her as a former RKS member. Freudia defeats Schirach, but Schirach doesn't care, as she is simply overjoyed to be fighting whether she wins or not. Schirach leaves afterwards, knowing that Freudia has proven herself a worthy opponent.

After Pamela Arwig was branded a traitor, she began searching for the person who soiled her name. To this end, she met with Schirach on the Battlefield. Pamela attempts to appeal to Schirach's loyalty to the cause of the Schwarzkreuz, but Schirach reveals to her that there is no such a thing, as all members have secrets unknown to the others and goals that might deviate from the cause Pamela has in mind.

After fighting, Pamela is lost in thought and Schirach gives her a few words that could be interpreted as encouragement to Pamela. Pamela asks Schirach to come with her after the battle is over to form the truly honorable Schwarzkreuz and leaves. Schirach, not seriously intending any such thing, thinks to herself that "Pamela-chan is so damn cute". 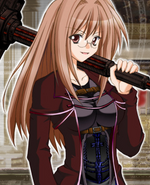 Schirach's original design prior to the ~Freudenstachel~ site update, showing a different pattern on her chest, and a less sinister expression on her face.

Schirach's second redesign, with adjusted facial features and the final design of the pattern on her chest. 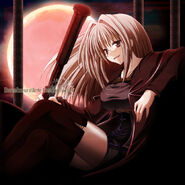 Official artwork of Schirach by WOMI, showing the prototype cross-pattern.

Schirach's final profile art with her name written at the bottom-right corner.
Add a photo to this gallery 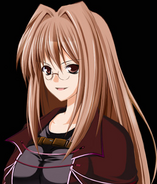 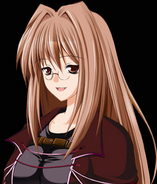 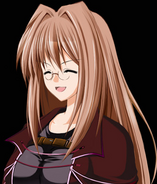 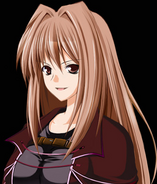 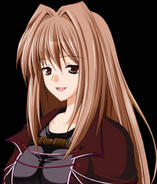 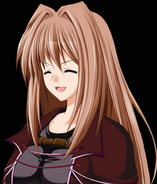 Laughing (without glasses)
Add a photo to this gallery

Enemies and Bosses in the Rosenkreuzstilette series
Retrieved from "https://rks.fandom.com/wiki/Schirach_F%C3%BChler?oldid=16982"
Community content is available under CC-BY-SA unless otherwise noted.